Welcome to the official Jumbo website & Best Wishes for 2023!

In September 2007, for the first time in 100 years, a Jumbo was launched in St.Ives harbour.

It had been researched and built by Jonny Nance and concluded the first stage of our project which aims to regenerate a harbour and a waterfront community in decline by replicating and learning to sail these 19th century fishing luggers.

Help us to keep the Jumbos sailing! 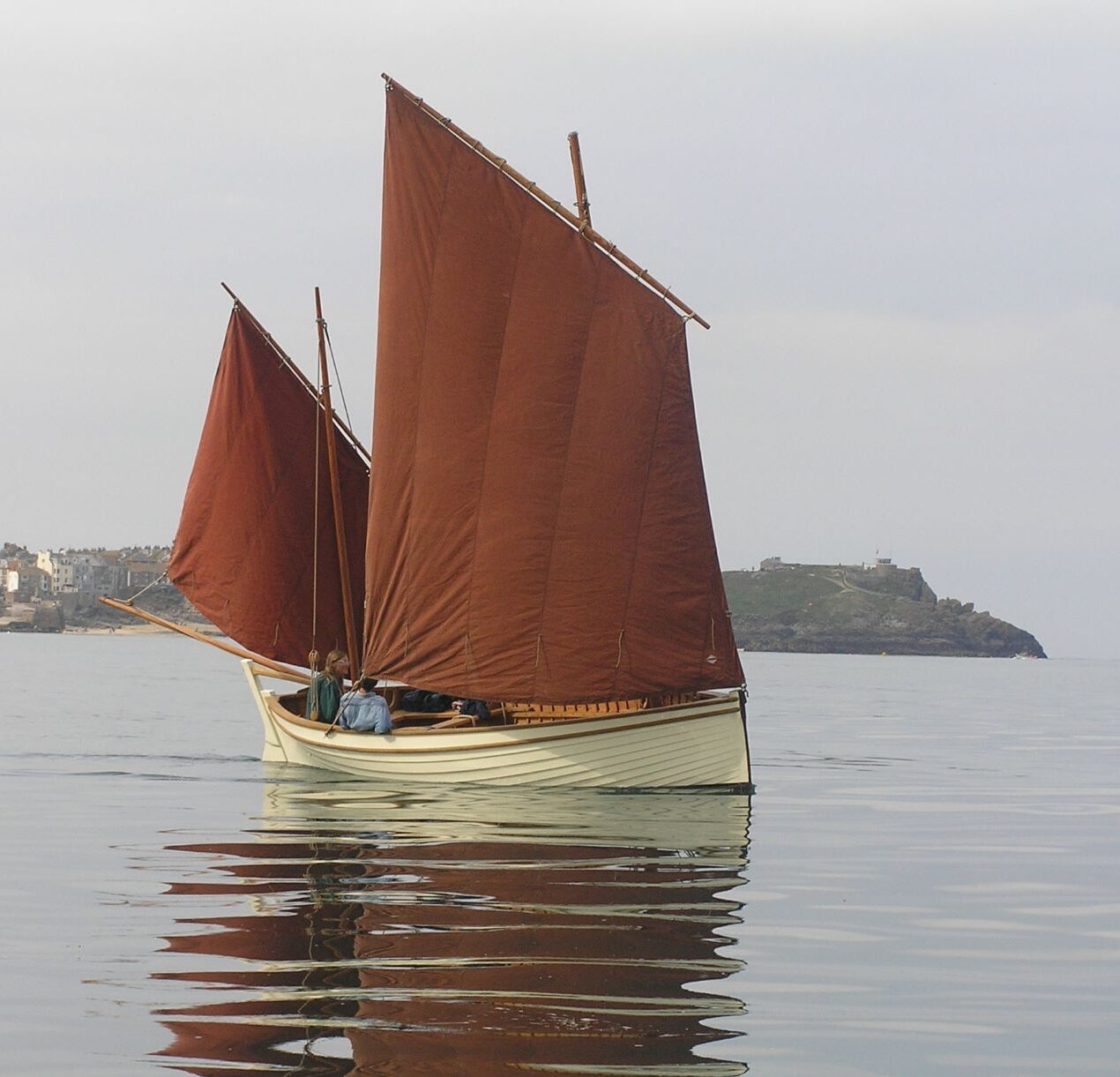 The 'Jumbo' is uniquely a St.Ives thing. It's a small, open, sailing boat that was specifically designed for the St.Ives inshore fishery during the 1880s and so is the perfect candidate for the project.
The idea caught the public's imagination and took off creating a host of other benefits.
The Jumbo has since become an intrinsic part of the town's image.
This site attempts to share our story and inspire you to participate in our activities in support of the charity that keeps the Jumbos sailing. 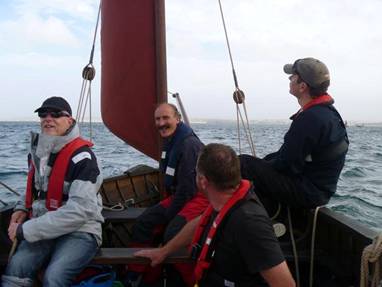 We’re not simply trying to turn back the clock. Sailing Jumbos today provides a dynamic means of encouraging people of all ages to engage with the sea and each other whilst developing self-esteem.  Members discover that old know-how, won over many generations, has modern practical applications and acquire respect for our heritage.

The lug rig is ideal for our purposes and the Jumbo is the ideal size of boat in which to learn!

One of the main advantages of this rig, and the reason it was adopted by fishing fleets  all around the British Isles, is that the entire area between the masts (which are stepped at each end of the boat) remains clear for working the fishing gear – even when sailing ‘close-hauled’. By contrast, this area is usually obstructed by the sail, boom and sheets of modern sailing  boats.

Aboard todays Jumbo, the ‘working’ area creates a convivial space allowing the crew to face each other and enjoy a more social experience.

We have turned the main disadvantage of this much maligned rig (the number of crew required to ‘dip the lug’) into a virtue – an opportunity to develop crew co-ordination!

Covid restrictions have reminded us that sailing Jumbos contributes enormously to mental wellbeing. 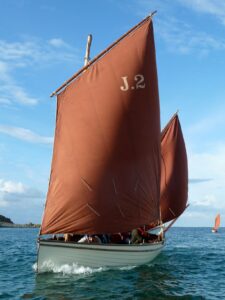 With a practical max crew of 6, demand for a second Jumbo grew.  After three years of creative fundraising, including a particularly successful art auction at the Tate Gallery of work by St.Ives artists past and present and a sell-out presentation by Pete Goss MBE at the Guildhall – Jumbo No.2 was launched.  She was named WILLIAM PAYNTER after the St.Ives boatbuilder who designed our jumbos back in the 1880’s.  So, with two identical Jumbos, a new racing class was established. 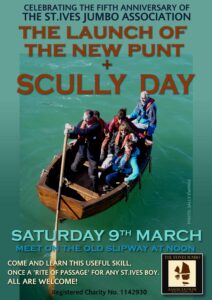 Two Jumbos called for second tender. The replica St.Ives punt that Jonny had built had proved ideal for the job as there was plenty of room aboard for a full Jumbo crew. Fundraising began again in earnest to build an identical punt. In the crowded fishing harbour there was no room to row conventionally, instead punts were traditionally propelled by a single oar over the stern – known locally as ‘scullying’. We had now created a very practical reason for reviving this technique, once a rite of passage for any St.Ives boy (and many girls) and set about promoting the idea through a series of Scully Days in the harbour.